What Is Anxiety And How To Stop It

Are you tired and exhausted of anxiety?

If your feeling tired...here is how to stop the loop!

In this blog, I'm going to go over the question of why does anxiety make you tired? In this world today, we live in such a high-pressured environment, and a lot of people are suffering with an overwhelming feeling of anxiety, and it's having such a draining effect on them. However, what we need to do is actually define down what is anxiety and how is it really affecting us?

So if you imagine a person who has low self-esteem or low social confidence or a belief that they're going to get rejected. And then they walk into a networking event where they don't know anybody. Now if they've got a lot of memories that they're drawing on of times when they were rejected or times when they felt alone in a crowded room, and they go into that networking event, what might happen is all of those memories and all of those experiences may start to project out onto the current day event of the networking event.

And then the mind might start to assume, as it does very often, "Well, that happened last time, where you were rejected and nobody wanted to know you, and what if it happens again today?" Anxiety remember, is a negative pre-projection of the future. So the mind draws on the memories and resources it sees and then projects that onto today, assuming the same thing is going to happen.

Now that in itself is just a process within your mind. It's a process within imagination. That's in itself does not cause tiredness. That's in itself does not cause exhaustion. However, what happens when the mind produces this anxiety and says, "This could happen. This could happen. This could happen." All these negative projections. What then happens is the second stage kicks in. This is known as the fight or flight reaction. Now it's also know as fight, flight, or inertia, but for this particular video, we're just going to talk about fight or flight.

Now if the mind has produced a negative pre-projection of the future, the mind may assume that that's a threat to the person. Or if it's you feel anxiety, that assumption of the future is a threat to you. So we take the person walking into the networking event, and they see images of being rejected or people not wanting to know them or whatever that might be. And then that person then feels threatened. "What if I go in there, everybody rejects me? No one wants to talk to me."

The reaction of anxiety that drains you!

What happens is the body starts to assume the threat and releases adrenaline into the bloodstream. Now it does this for one of two reasons, the fight or flight reaction. So, fight is where a person would want to attack a threat, and flight is where they would want to run away from the threat. However, the confusion lies in the fact that it's not socially acceptable to walk into a networking event and start shouting at people. However, that's why some people do every now and again. Some people just seem to attack for what might be no reason at all, but it's the feeling threatened.

So, the adrenaline's there, and it's using up all your energy at a faster rate, which is taking your energy, giving you that tired feeling. So to bring it back to point, anxiety itself does not make you tired. Anxiety itself does not drain your energy. It's the body reacting to the imagined negative pre-projections of the future, thinking they're a threat today, and then the body goes into hyper-drive to try to protect you.

So, if you ever get into a situation where your mind is projecting lots of things that could go wrong, and then you start to feel physically exhausted, be aware of your thoughts leading to a physical reaction. There are two separate things. If you can change the cause, you can change the effect.

Although staying present when an anxiety attack happens, it is the key to stopping the adrenalin pumping through your body and causing you stress.

If you are finding it a challenge to focus through your anxiey or it is getting too much, get in touch today or find our more about 1 to 1 coaching CLICK HERE 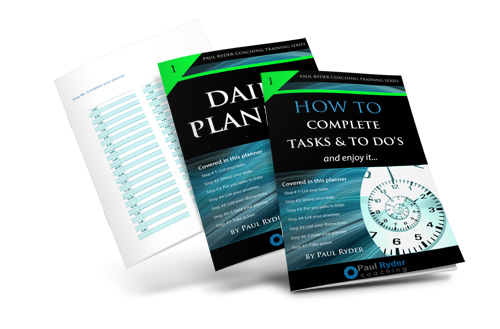 and get back time to do what you want to do

Gain Powerful Confidence
And Express Your True Self

in this free step-by-step 15 minute E-Course